ABC’s flagship platform, ‘The Exceptional’ campaign is back with its second season to spotlight 10 exceptional Cambodians from five different industries. As Cambodia continues to progress, the new generation is eager to pursue success and explore different opportunities. This campaign aims to share the stories of those who have dared to dream and achieved the success they desired, to inspire the next generation of young Cambodians. 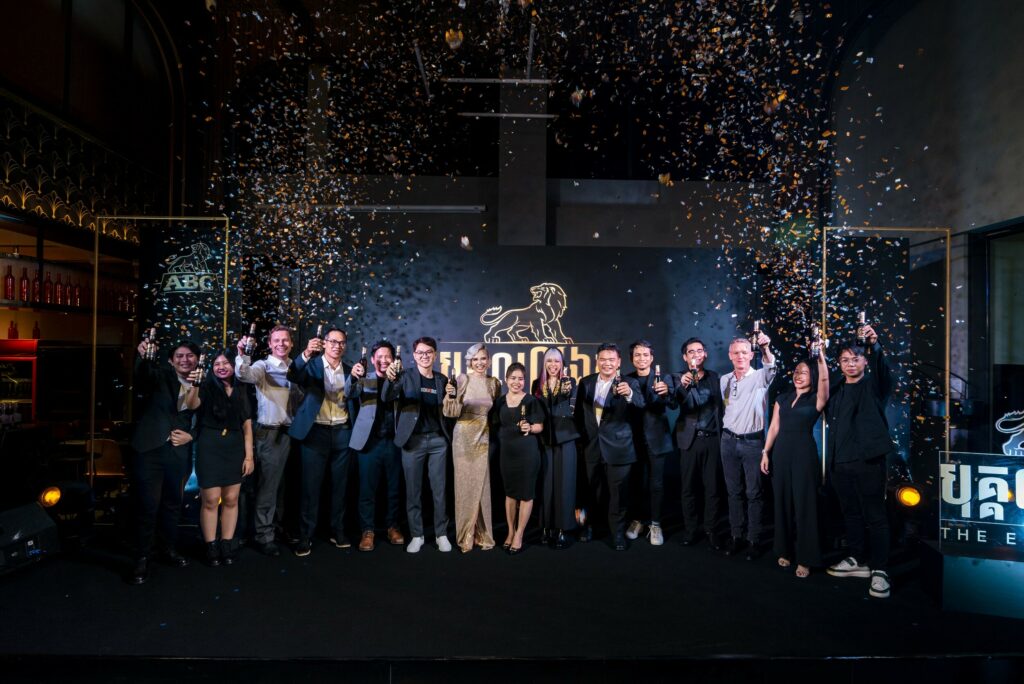 In its first season, fans saw one of the Kingdom’s favourite singers, Oun Bathom, better known as Sai, receive the $20,000 token for his exceptional character and outstanding contributions towards society. Staying true to the culture of supporting society as one grows, Sai invested $10,000 in his “Run with Sai – Virtual Run 2021” programme, which raised vital funds for various local charities and organisations. This year, he continued his “Run With Sai” journey and ran an exceptional distance of 303-kilometres from Phnom Penh to Siem Reap, which has raised more than $130,000 as of November this year for a local charity organisation. 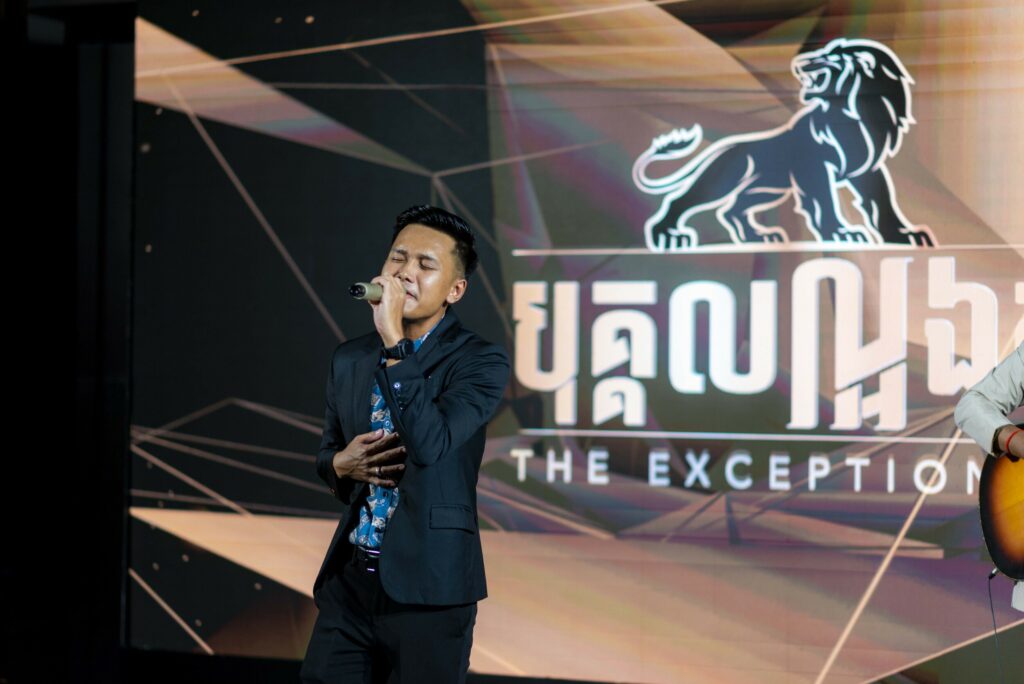 In this year’s instalment of The Exceptional, the 10 exceptional people will have their own one-minute short film. In these short films, they tell us about their inspirations, motivations, the challenges that they’ve experienced and how they overcame those obstacles to excel in their respective fields. The five industries this year include the business, culinary, fashion, film and music. The talented director behind these masterpieces is Rithy Lomorpich, known as YoKi, an awarded director and exceptional person herself. This year, her vision, together with ABC, is to bring the stories of these exceptional Cambodians to life in a more personal way, where the audience can truly experience their lives in a more immersive yet light-hearted tone. 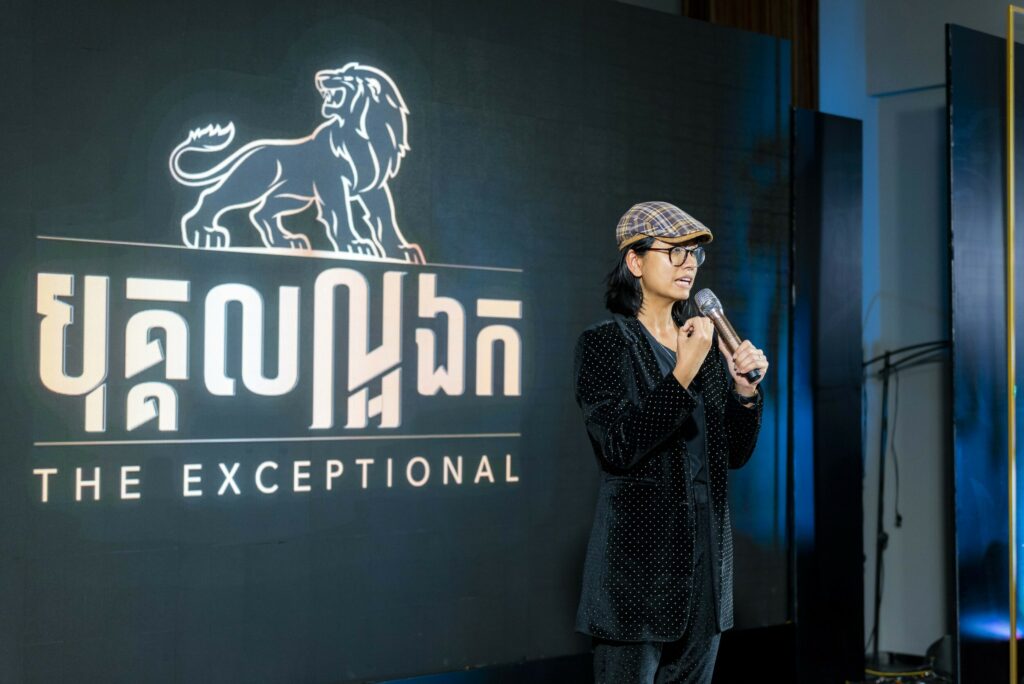 “True to the brand’s essence of Be Exceptional, we have so much respect for these Cambodian trailblazers, who demonstrate the strength and leadership of a lion. We are proud to be able to partner with them to tell their stories with the hope that this will inspire more future leaders. The rules of success are evolving and with this platform, we hope to showcase that success can come in many forms, and ABC is here to celebrate them all!”, said Loic de Laubriere, Marketing Director of HEINEKEN Cambodia.

In December, ABC will be hosting an Exceptional event to celebrate the candidates with many exciting elements to make this season a memorable one. More information will be coming very soon, so stay tuned to ABC’s social platforms to be the first to know and find out how you can secure your invite to this very exclusive, magical night. 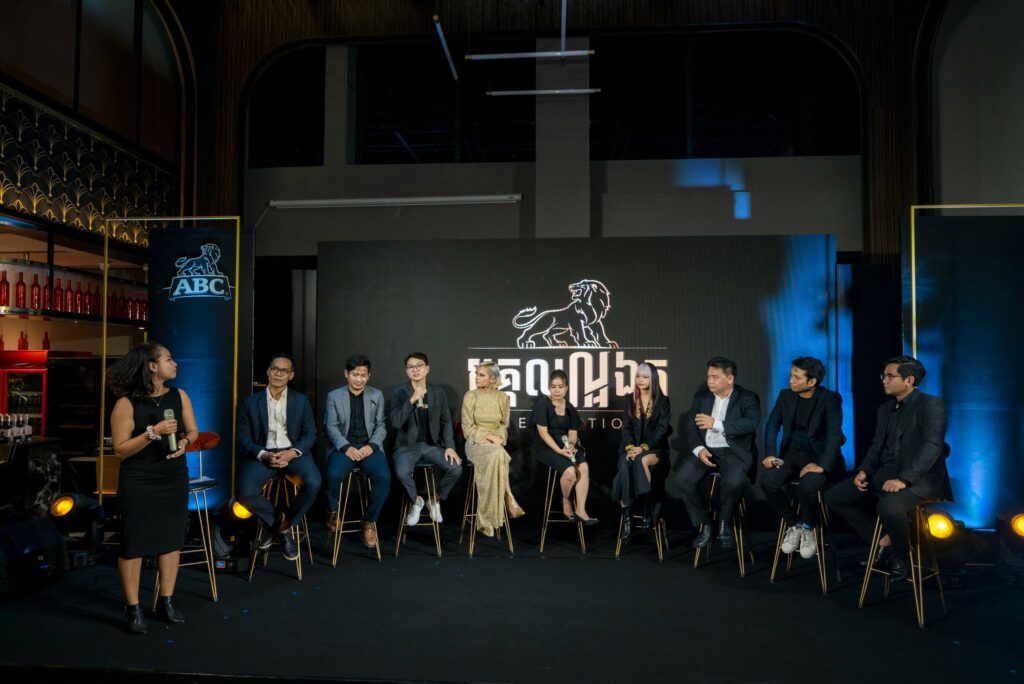 Former IT manager Chea Langda is celebrated for revolutionizing Cambodia’s transport sector. Langda is the mastermind behind BookMeBus. Founded in 2015, the go-to online platform provides booking for multiple transportation types including buses, trains, ferries, and taxis across Cambodia and even beyond Cambodian borders. The company’s award-winning Ticketing Management System is being used by various transport operators in the region, facilitating over two million travellers a year.

Kiriroth boasts more than 17 years of experience in strategy and finance and is a budding entrepreneur. He is currently the CEO and founder of award-winning FinTech start-up, BanhJi. As a staunch advocate of entrepreneurship, he serves as vice president of the Young Entrepreneur Association of Cambodia and on various other industry boards.

Luu Meng was born with culinary skills running through his veins, with his grandmother honing her skills in the Royal Palace. After developing his own skills in the kitchen in Singapore and Malaysia, Meng returned to Cambodia to work in a string of five-star hotels before launching the esteemed Malis restaurant and a series of other hospitality operations.

Pol Kimsan has risen to become a local legend in the culinary scene as one-half of the “Kimsan Twins”. As the creative force behind Siem Reap’s revered Embassy Restaurant, the pioneering chef has created a new genre for fine Khmer dining, which she has showcased across the globe. She is a graduate of the prestigious Paul Dubrule hospitality school.

Van Natacha is a young Cambodian-Hong Kong fashion designer who has been making a name for herself internationally since launching her couture clothing line in Cambodia. Born in Hong Kong, educated in London and now living in Cambodia, she has risen to become an Exceptional star, not only as a forward-thinking fashion designer but also as a photographer, art director, business woman, and TV personality.

Soknan graduated with a degree in agriculture but has gone on to wow the fashion world with his premium designs. At Soknan’s Boutique, he has personally trained the sic apprentices and seamstresses in a bid to help the younger generation grow. To ensure he creates the finest evening dresses, tulle, or bridal gowns, Soknan travels the world to source premium materials. His collections have graced the catwalk at KL Fashion Week and Malaysia Fashion Week.

Chum Sothea graduated with a bachelor’s degree in film production from South Korea in 2016 and returned to Cambodia to kick-start his career as a film director. He has worked on a vast range of content, including documentaries, short films, TV game shows, and TV commercials. He is also an alumni of prestigious film academies, including AFA (2017) and FAJR (2019).

Neang Kavich has made a name for himself as a leading film director. He studied music and dance at Cambodian Living Arts before graduating in professional design from Limkokwing University of Creative Technology in 2013. In 2010, he made his directing debut with short film, A Scale Boy, as part of a documentary film workshop led by Cambodian filmmaker Rithy Panh. Since then, he has directed and produced several short films. His latest film, “White Building” was released in 2021 to international critical acclaim.

Known as Kessor, this talented songwriter has played a huge role in pushing Cambodia’s contemporary original music scene. She was the lead vocalist of SmallWorld SmallBand, a band that reshaped Cambodia’s music landscape with original tracks. Her exceptional drive has also seen her co-found PlerngKob, a creative house that aims to connect artists and develop modern Cambodian music, and BonnPhum, an annual art and cultural festival.

DJ Maily has been creating huge hype on the electronic dance music (EDM) scene since winning the First Pioneer Digital Battle in 2014. The iconic female DJ’s passion for music and creating a buzz on the dancefloor have seen her make a big name for herself on the regional music circuit and rise to wear the crown of Cambodia’s Queen of Clubbing.

HEINEKEN Cambodia is one of the leading brewers in the Kingdom, established in the country in 1994. Driven by its purpose to brew the joy of true togetherness to inspire a better world, the company creates great experiences for consumers and customers with a portfolio of high-quality local and international brands, including Heineken®, Tiger, ABC, Anchor and Gold Crown. With its national footprint and state-of-the-art brewery in Phnom Penh, the company employs 700 people and supports 120,000 indirect jobs across its value chain. Committed to the sustainable development of Cambodia, HEINEKEN Cambodia aims to ‘’Brew a Better Cambodia’’ with a focus on the environment, social sustainability and responsible consumption on a path to a net zero, fairer and healthier world. HEINEKEN Cambodia is part of the HEINEKEN Company, the world’s most international brewer.

Meet the chef at Hȏtel KVL’s new signature venue - with aspirations to create the best restaurant in Cambodia.