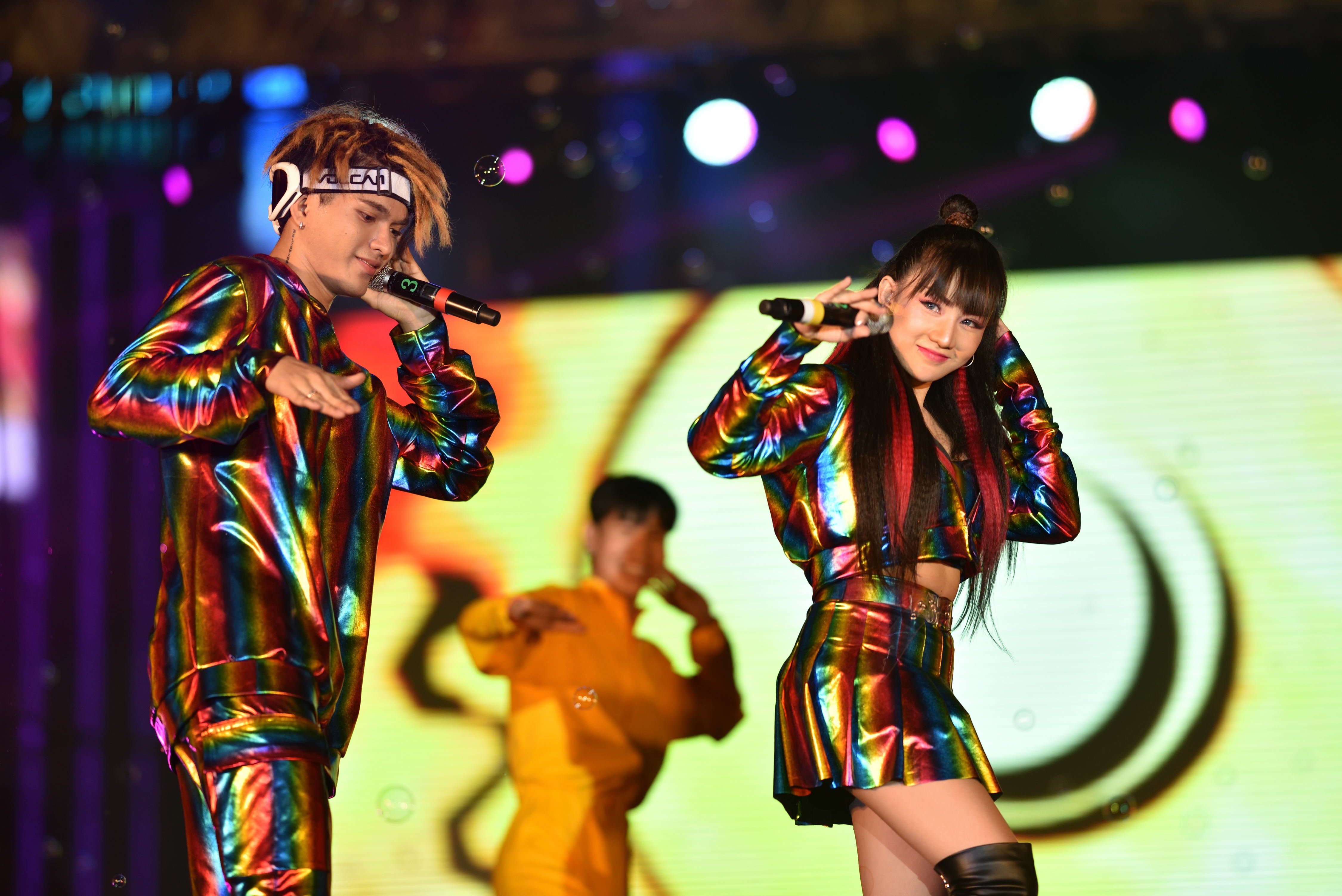 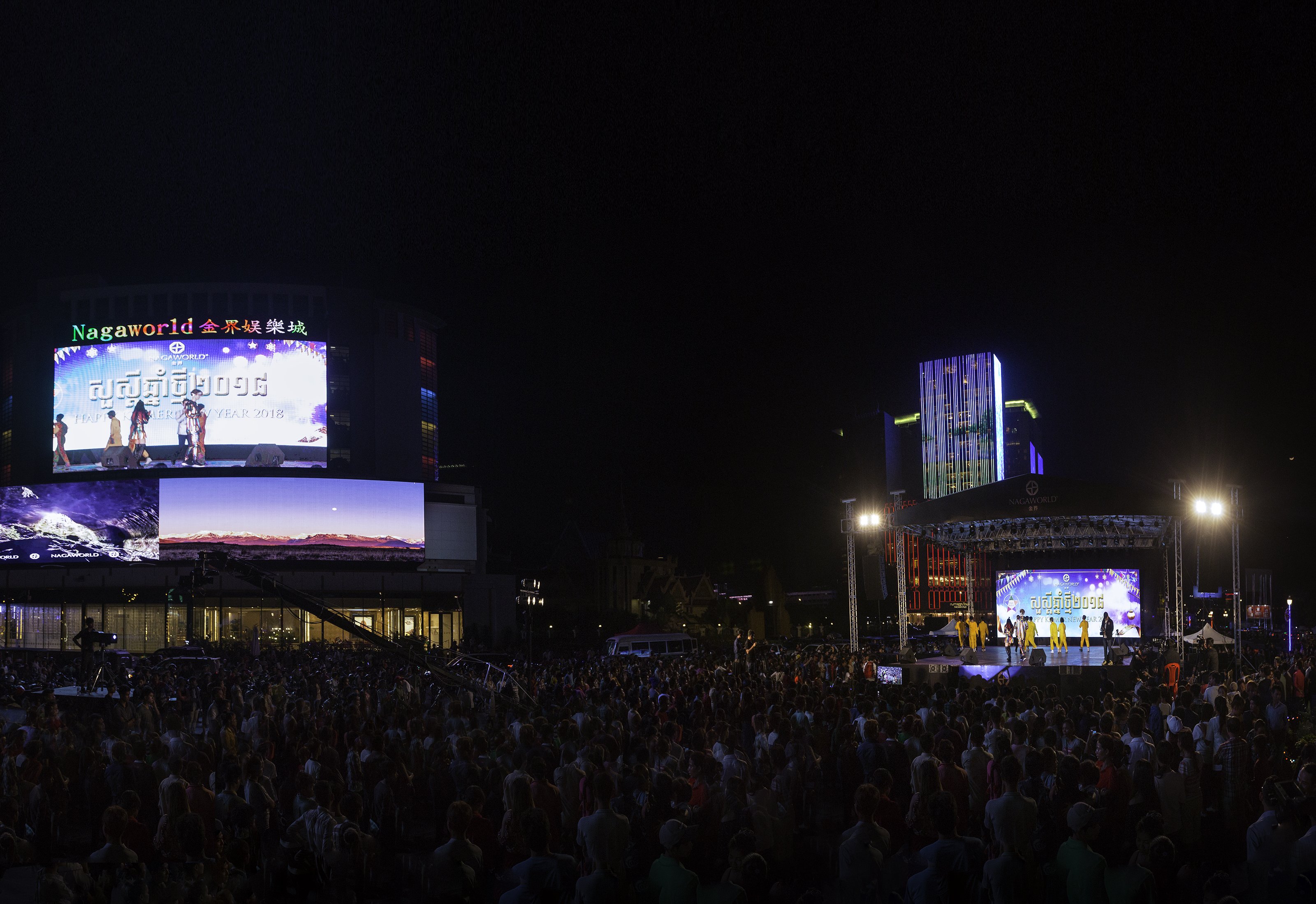 The capital’s very own Time’s Square attracted a massive crowd, overshone by a heavenly host of celebrities at the first-of-its-kind large-scale Khmer New Years celebrations courtesy of NagaWorld in collaboration with City Hall. 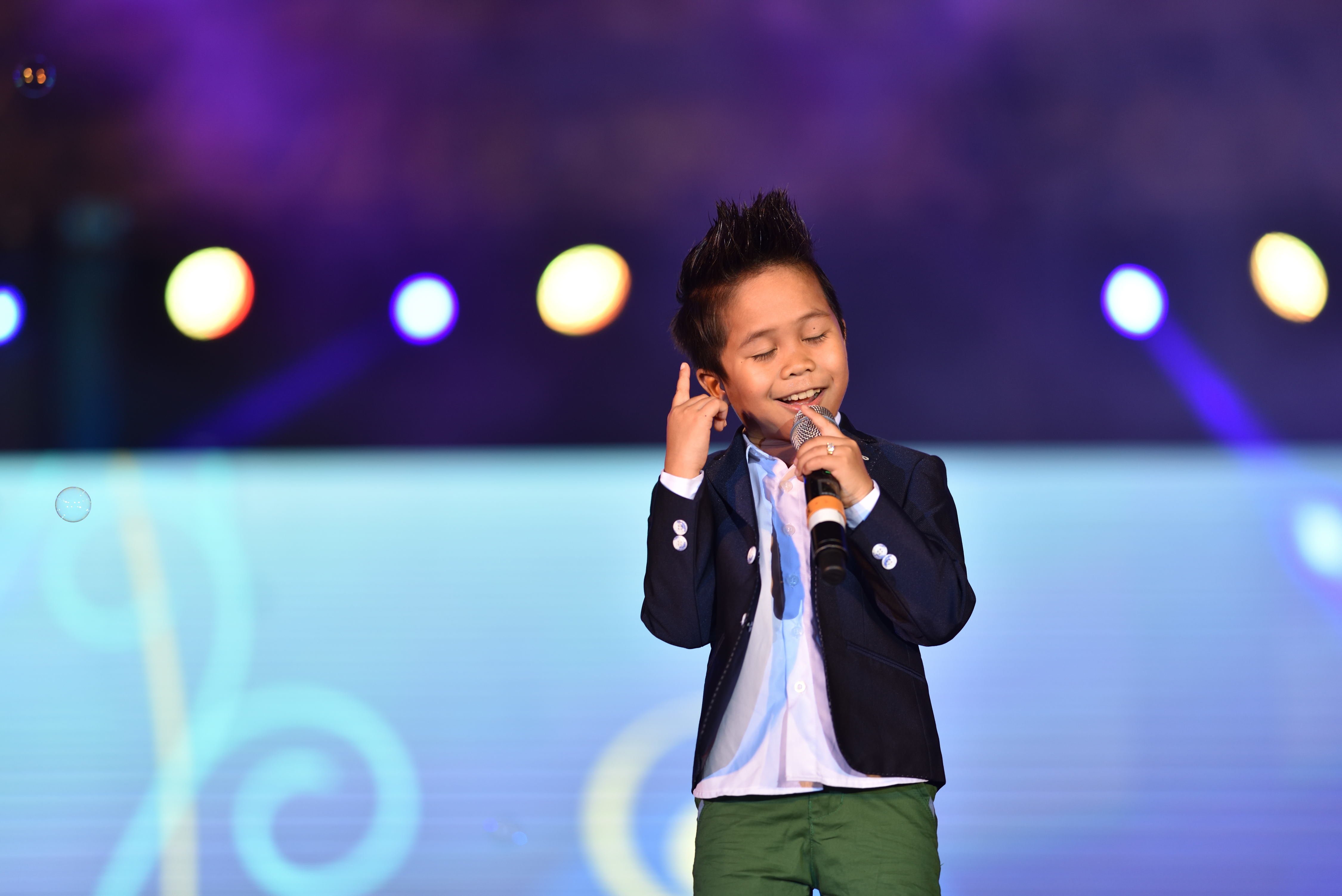 When in Phnom Penh was among the crowd last night to enjoy the Voice Kids Cambodia winner Pich Thai, energetic pop duo Kmeng Khmer and young starlet Yuri, and the larger-than-life displays that illuminated the night, which included an enormous dog – in respect of the calendar year – a swan and a Mekong lobster. 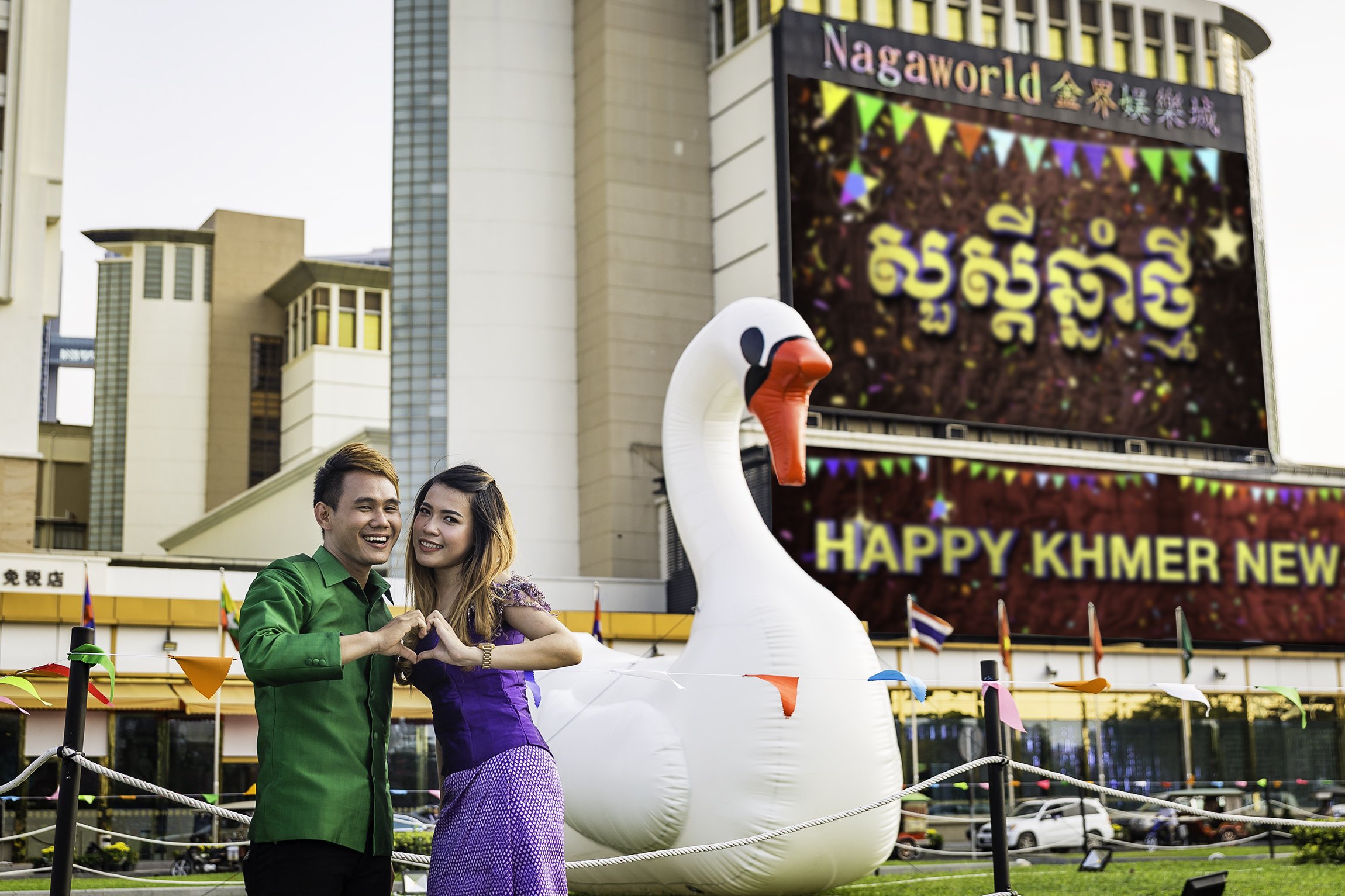 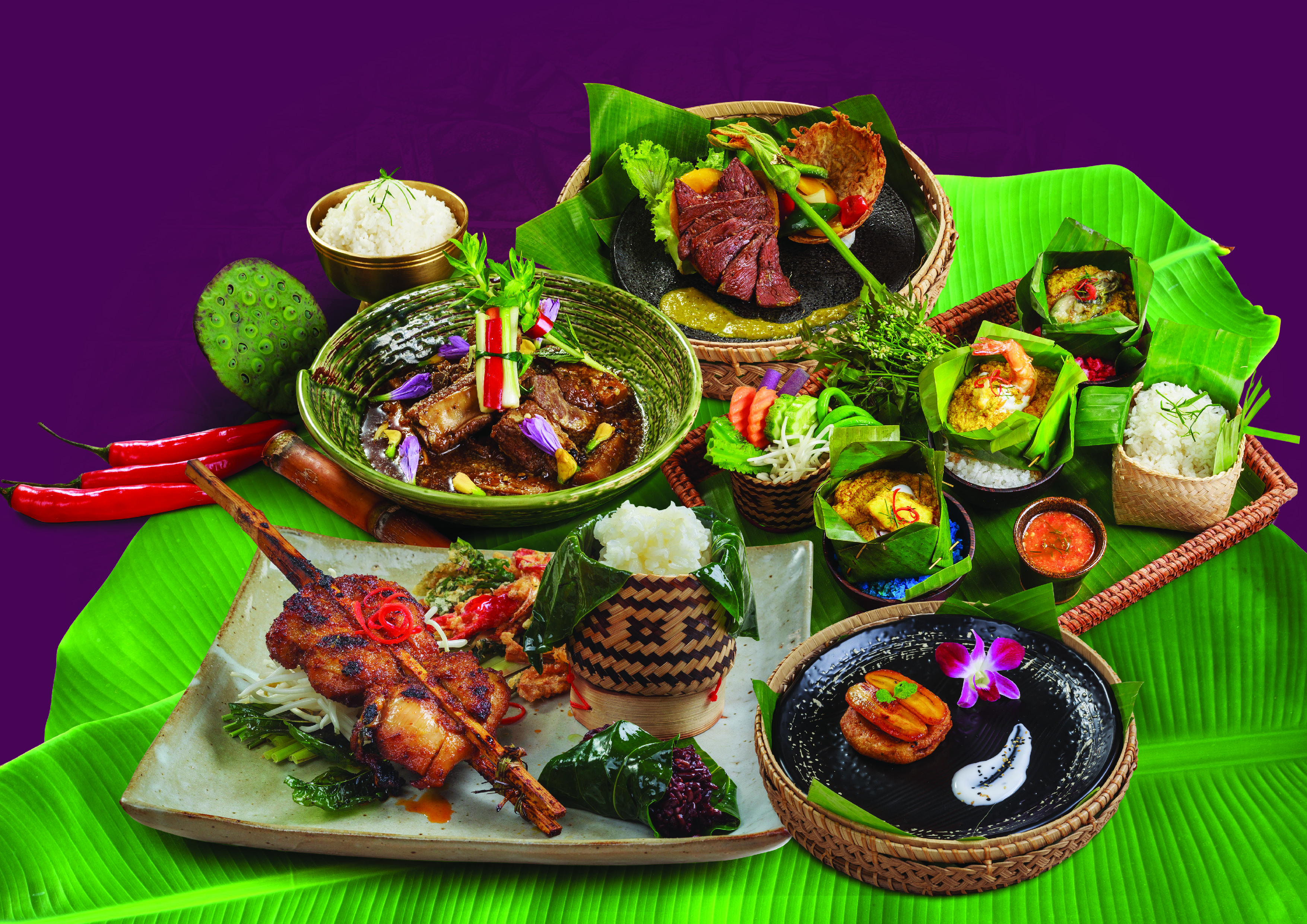 WIPP particularly enjoyed the violin virtuoso on the night who, we note with enthusiasm, is an in-house treat for regular Naga-goers. 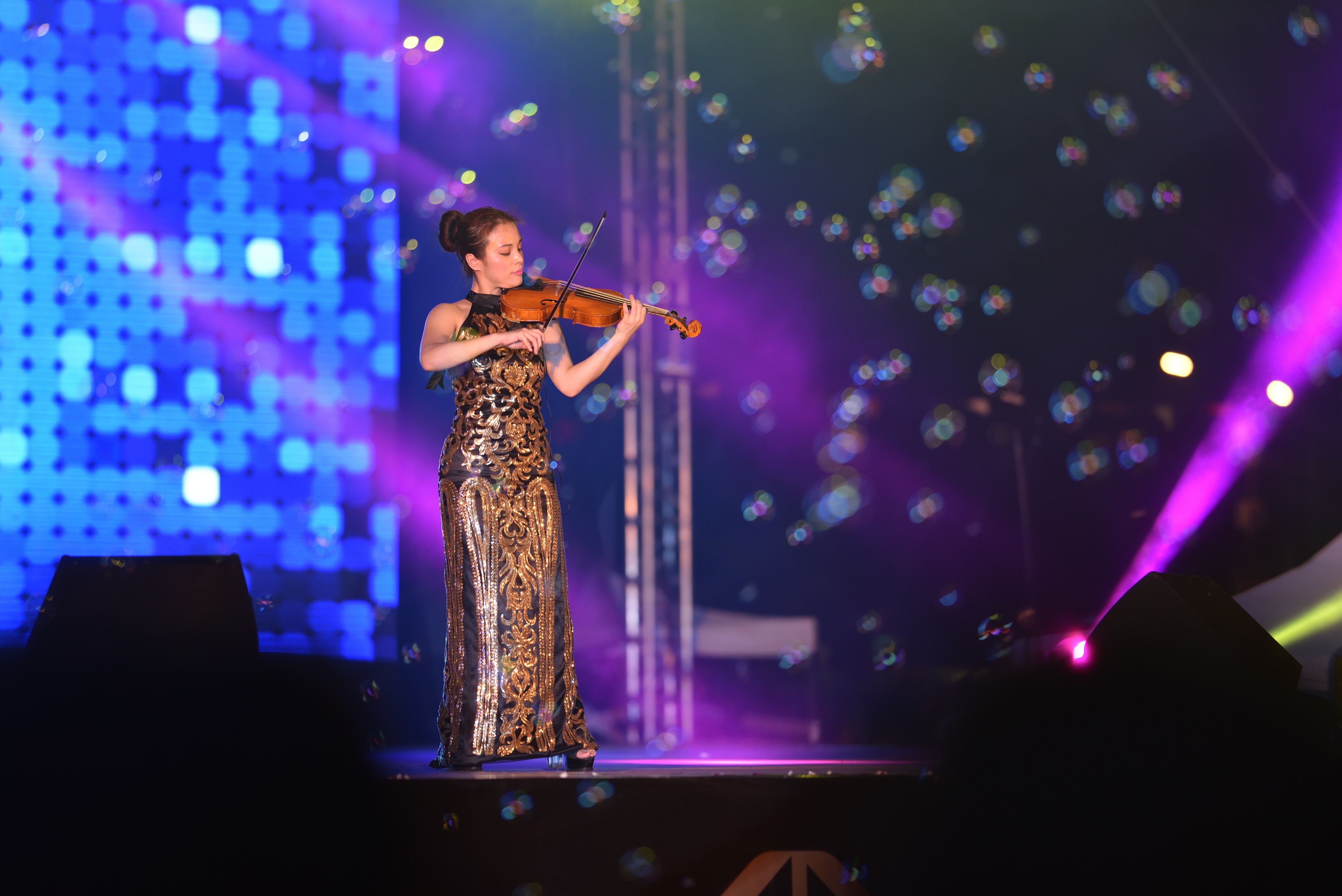