KAMPONG CHHNANG PROVINCE: Ancient Khmer arts and traditions are being given a modern spin with the return of the Rom-Haey Festival – a jam-packed two days of festivities that celebrate Cambodian culture and heritage in the heart of Kampong Chhnang. 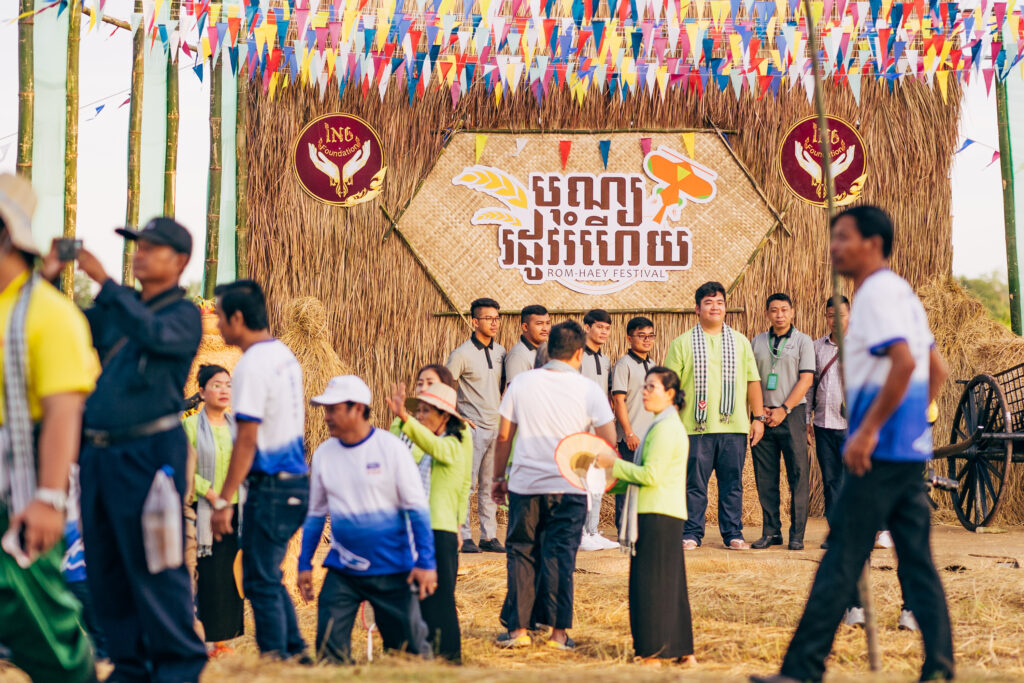 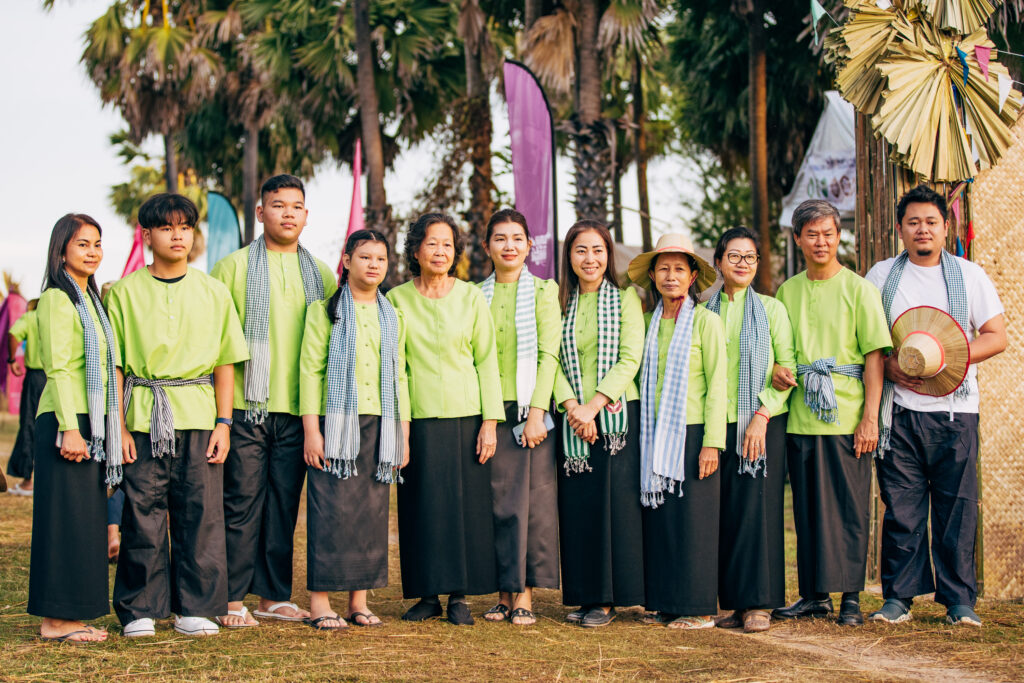 Also known as the Rom-Haey festival, the event aims to promote age-old Cambodian traditions to today’s youth with a huge celebration on December 17 to 18. 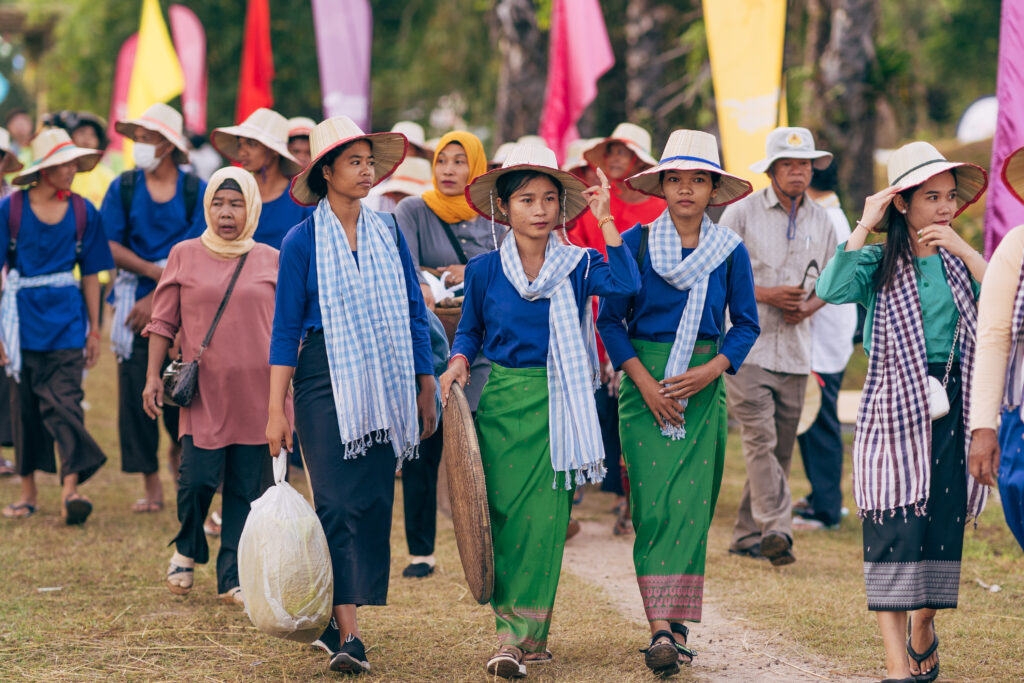 The Rom-Haey festival is a seasonal public event in Cambodia, held to celebrate the rice harvests by all Cambodian people through rice hitting and kite flying contests, as well as other fun activities for villagers to welcome the new season.

The celebrations are organized and sponsored by ING Foundation in its second iteration, highlighted this year with the rice hitting and kite flying contest, local and folk dances, Chapey Dang Veng performances, Bokator shows, theater, traditional games and other art forms. These are held in collaboration with the Department of Culture and Fine Art of Kampong Chhnang province, with technical support from PlerngKob.

This Festival aims to contribute to the efforts made by the visionary Samdech Akka Moha Sena Padei Techo HUN SEN, Cambodia’s Prime Minister in uplifting, preserving and conserving Cambodian age-old traditions and customs.

Through these celebrations, the public will be exposed to new attractions developed within Kampong Laeng district, particularly dedicated to the protection and conservation of the multipurpose zone of “Touk Meas-Kangrey”, located in Po and Chranok communes, Kampong Laeng district, Kampong Chhnang province, in collaboration with the Ministry of Environment; protection and increase of wildlife populations within the zone and protection of its biodiversity; development of an over-10-hectare model pagoda, a Vipassana center, a Buddhist study center, a love park, a leisure space, a cycling space, a camping site, an eco-tourism site targeting ancient landmark and community visits.

It is noteworthy that the Rom-Haey festival will be held for three days, with the first day on December 2, 2022, in Teuk Phos district, Kampong Chhnang province, and the second and third days, respectively, on December 17 and 18, in Kampong Laeng district, Kampong Chhnang province. Today’s event (December 2) marks the first stage of the rice flattening contest, known as the “rice harvesting contest”. The harvesting contest will include: harvesting, hitting, throwing, shaking to filter out rice grains, to go to the second stage called the “rice hitting contest”.

The important activities of the Rom-Haey festival will include the rice hitting and kite flying contests, joined in by the representative and respective districts of Kampong Chhnang province. The rice hitting contest itself will feature eight groups, each of which comprises eight members, from six districts, equal to 64 contestants in total. The kite flying contest, in turn, will count 11 groups, each of which is made of four members, equal to a total of 44 contestants. 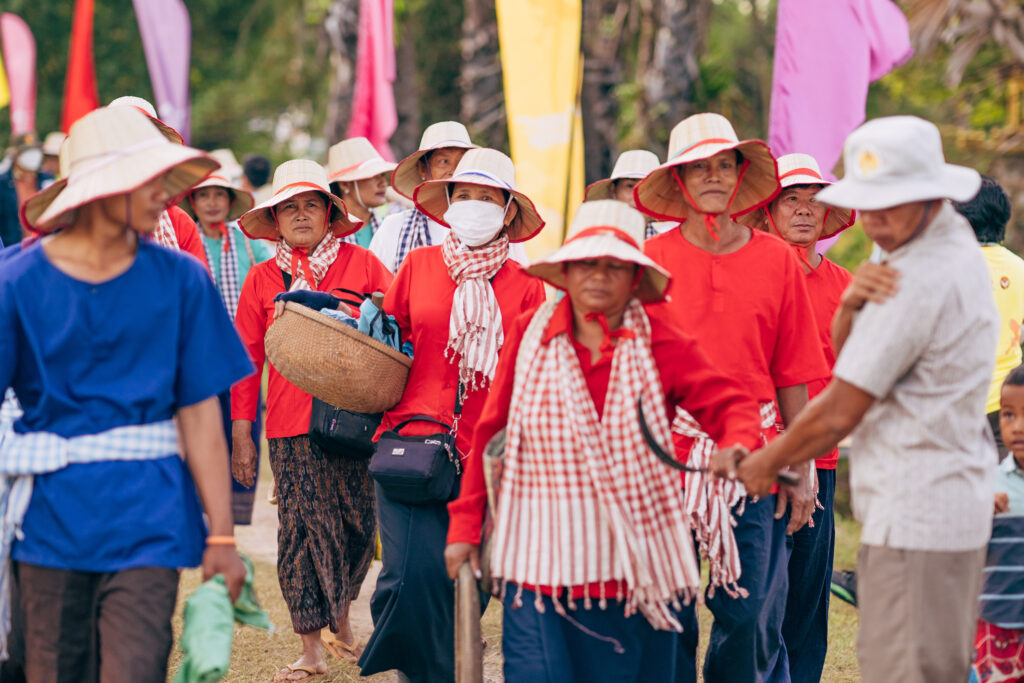 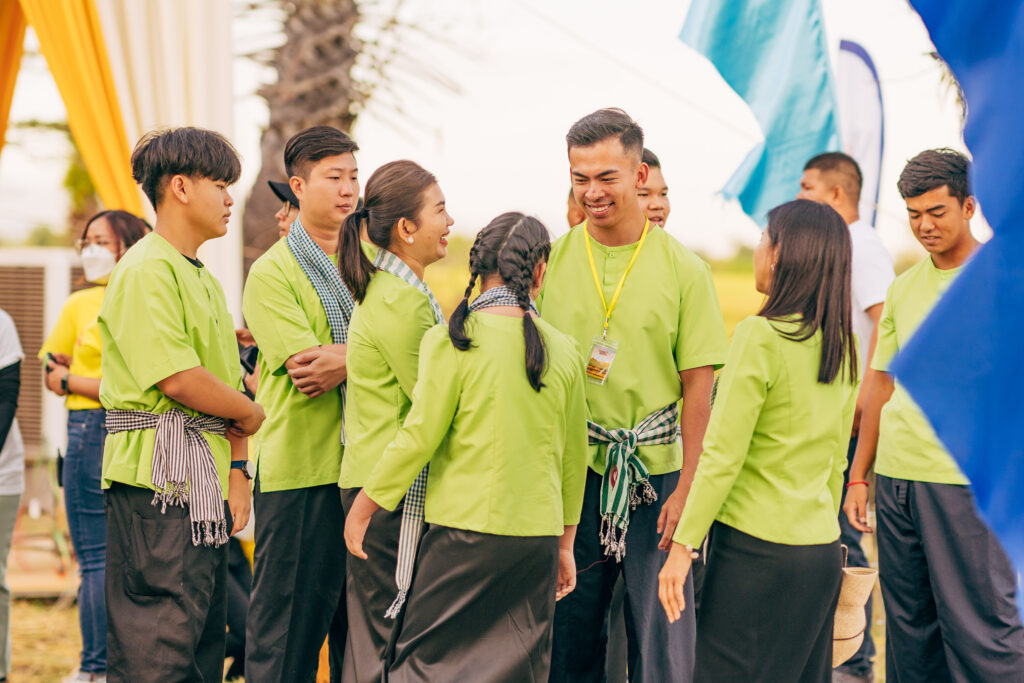 Mr. ING SeavKoaw, President of the Rom-Haey festival committee, stated that Oknha Ing Bunhoaw, Chairman​ of ING Foundation, pays careful attention to the promotion, preservation, conservation of Cambodian age-old traditions, customs, and culture. These celebrations will be annually pursued whereas the Foundation organizes another annual event like “Touk Meas Mountain’s Sankranta” in April 2022. This event was auspiciously held for three days in Kampong Laeng district, attended by some 15,000 people. He continued that the ING Foundation commits to continuing to organize the Rom-Haey festival every year and, later on, to host other public events such as the upcoming marathon at a future convenient time.

The ING Foundation’s mission is to promote Cambodian fine culture, traditions and customs, symbolizing the national souls at their best, and strengthen the livelihood of residents in Kampong Laeng district and its surrounding areas to directly benefit from conservation and protection and development of natural tourism in the Foundation’s zone. 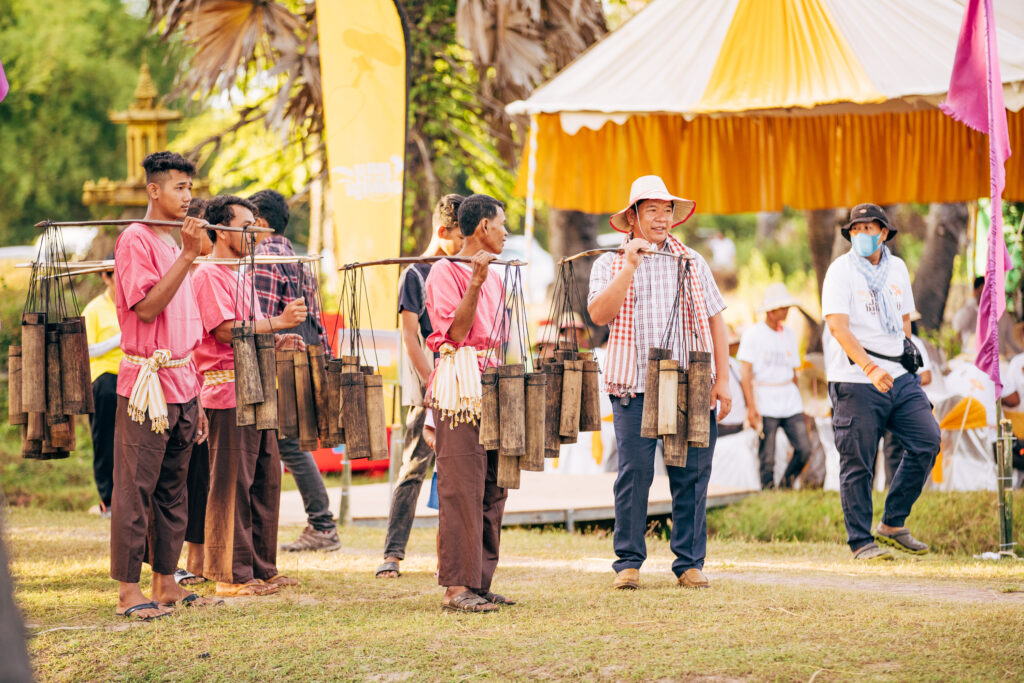 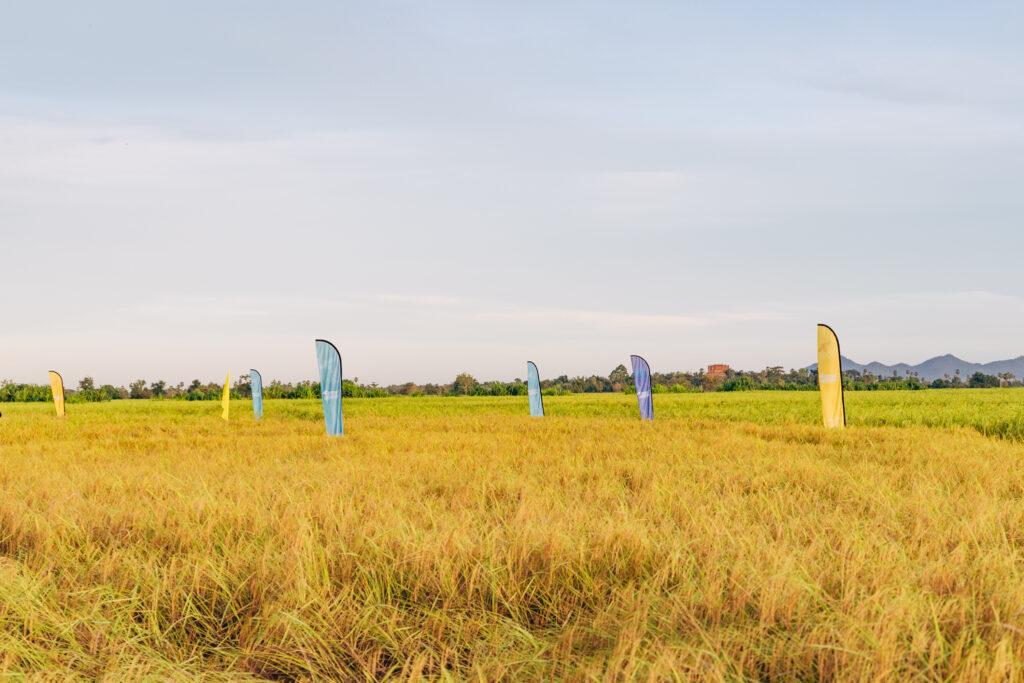 Apart from these cultural affairs, ING Foundation focuses on such social affairs, such as developing the capacity of students in Kampong Laeng district, Buddhism support, environmental preservation, protection and increase of wildlife populations and biodiversity of the forest, as well as contribution to local developments, including road renovation, clean water and sanitation.

As an opportunity to train human resources in organizing such exciting events, Oknha ING Bunhov selected 150 students from Kampong Laeng high school as volunteers to coordinate the activities of the Rom-Haey festival, trained by PlerngKob, well-known and experienced in organizing cultural and arts events.

This training will provide the selected students with knowledge, know-how and hands-on experiences in organizing such standard events to contribute to the diverse development of both their soft and hard skills. This will, too, serve as viable career opportunities for their future.

The “ING Foundation” is a charitable foundation focused on the promotion, preservation and conservation of Cambodian culture, traditions and customs and social affairs such as support of Buddhism-based education, environmental preservation, protection of forests, wildlife, and biodiversity in the multipurpose zone of “Touk Meas-Kangrey” and contribution to local developments such as road renovation, clean water and sanitation. The Foundation aims to promote and uplift the livelihood of Kampong Chhnang residents, especially in Kampong Laeng district and its surrounding areas. They will directly benefit from the project to develop a diverse tourist zone, including an over-10-hectare pagoda, a Vipassana center, a Buddhist study center, a love park, a leisure space, a cycling space, a camping site, an eco-tourism site targeting ancient landmark and community visits. These developments will cover the land size of 250 hectares, located in Damnak Kak Koh village, Po commune, Kampong Laeng district, Kampong Chhnang province, in the future.