Pailin, a province in western Cambodia, holds a special place in my heart.

When my mother was a teen, she was forced to go to Pailin with a big troop of other young non-fighting female Khmer Rouge cadres to transport as much as food as possible back to Battambang base where she and her family were ordered to stay. Back in 2008, I got an assignment to translate and arrange interviews with former high ranking Khmer Rouge officers in Pailin for an American journalist from the Baltimore Sun for almost a week. The place gave me a very historically enriching experience and taught me even more about the darkest history of Cambodia, the Khmer Rouge era. 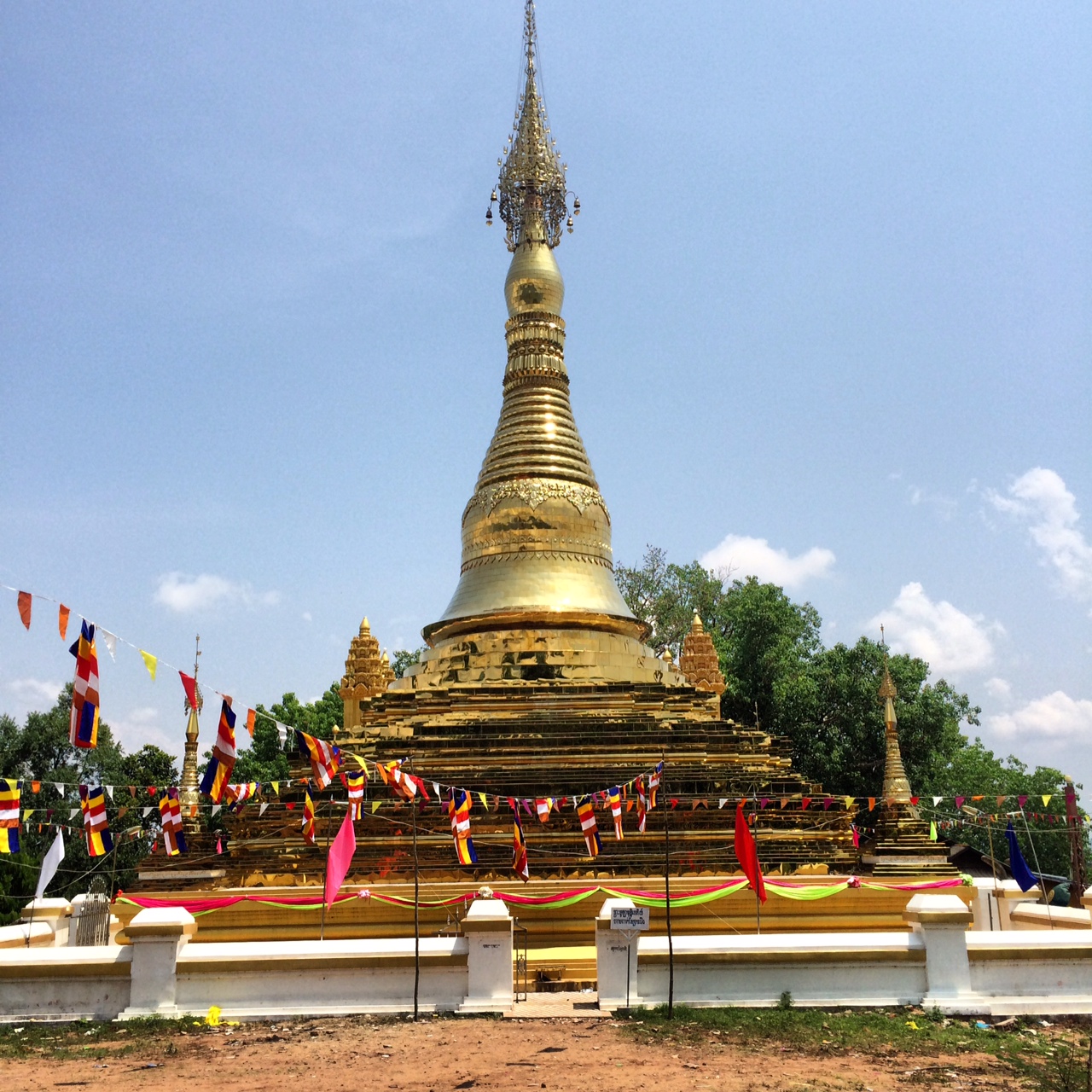 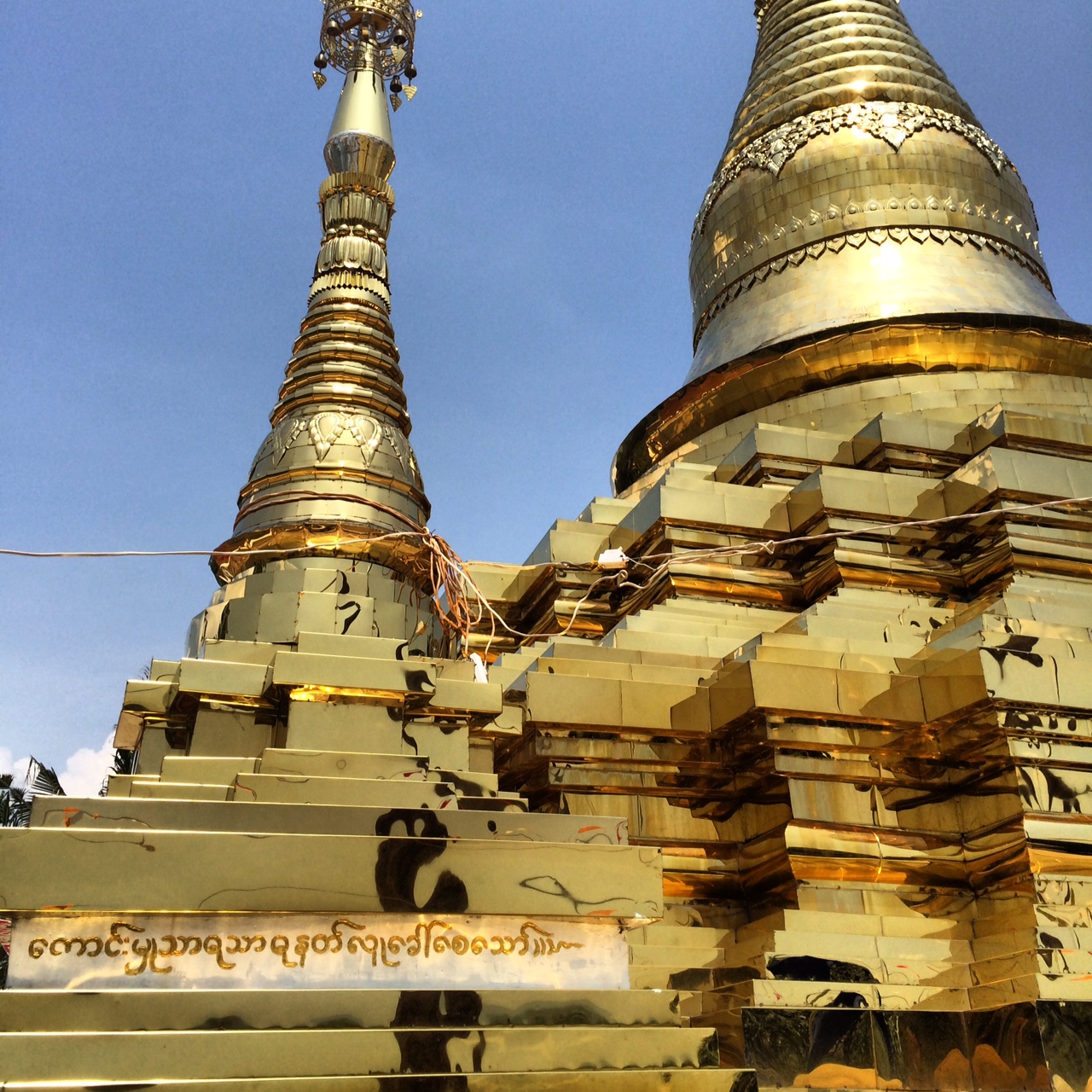 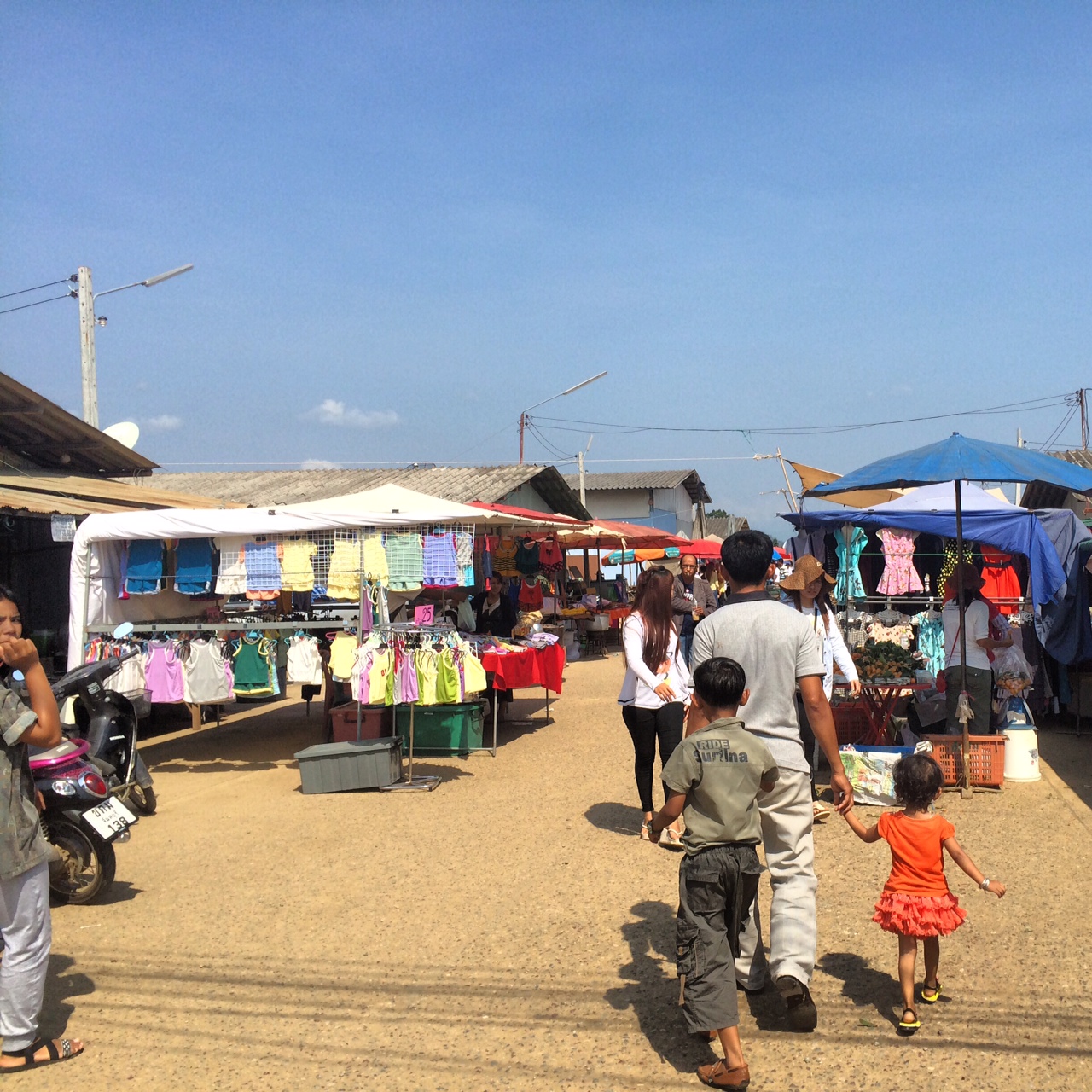 Before I went to Pailin in April this year, actually my second trip to the place, I did a little bit research on the Internet and asked people around what was up in Pailin. Shortly after that, I found out on Facebook that a friend’s friend recently opened a hotel called Memoria Palace and Resort in Pailin.

Once I was done with booking an accommodation there, I got my elder sister to drive me to Pailin. It was about 8 hours to get to Pailin from Phnom Penh. The hotel was kinda easy to find thanks to big road signs. As you get to Pailin, you can easily ask villagers for the direction to Memoria Palace and Resort. You need to pronounce the hotel name the local way for people to give you the right direction. It is “Mem.mo.ri.ya”. Yes, that is how they say it.

If you want to stay in a comfortable and mosquito-free hotel with an affordable price when you get to Pailin, you should definitely check out the Facebook  page and website of the hotel/ resort. The price of each room varies depending on the type of room you want to choose: http://memoriapalace.com/accomodation. Currently, there are 4 types of room.

I know this is crazy, but I happened to be at the hotel the same time as Bill and Melinda Gates who came to Pailin to meet officials from Bill and Melinda Gates Foundation. There was probably their biggest annual meeting of the Foundation over there. Bill and Melinda, his wife, stayed at the Raffles Hotel in Siem Reap, but flew to Pailin while their foundation officials stayed at Memoria Palace. Guess what, I stayed at one of the rooms where their bodyguards stayed the night before, and the stinking cigarette smoke was still there in the room. I wished I could change the room that day. =)) Yet, I was so distracted by Bill Gates’ visit, so I started tweeting and Facebooking it. A moment later, a journalist friend from the Phnom Penh Post contacted me and picked up the story from my Facebook timeline. Here’s the story about Bill Gates’ visit which he wrote. 🙂

A few things about Pailin you need to know

I think a visit to Pailin wouldn’t be worth it if you don’t know some facts below:

– Pailin boasted high quality gems and other valuable gemstones that were mined almost completely clean now to support the Khmer Rouge back in the 80s and 90s.

– Pailin hosts a lot of families of the former Khmer Rouge soldiers. Nobody wants to talk about this, of course.

– Pailin bothers Thailand, and a small market which you can access by paying a ticket fee of 5,000 riel to Cambodian immigration police is called Psar Prum market. It’s too small to be bothered about anyway, but it’s worth looking around on a brief visit.

– Pailin was a destination for Burmese mine workers back in the colonization period. British mining companies sent a few Burmese people to Pailin to do some gem mining. Therefore, people today can find the Burmese scripts on the stupa built by Burmese communities back then. In other words, Pailin was once home to Burmese merchants known as “Kola”, who lived there for centuries but disappeared during the Khmer Rouge.  My mother was told by the Khmer Rouge that “Kola” is a name given to half Cambodian half Burmese persons, and most of the Kola people were murdered or slaughtered by the Khmer Rouge between 1975-79. Many were found killed inside their houses. Bloodstain was still visible when she visited one of the houses there. Because my mother was sent to Pailin in around 1977 by the Khmer Rouge, she was asked to stay in a Kola’s house which she described as “wealthy and well-decorated”. She was still shocked with the fact that they were also targeted by the Khmer Rouge. For me, the Khmer Rouge indiscriminately killed anybody if you’re intellectual or wealthy people.

– On my personal list, songs written about Pailin in the 1960s were the best of the best. Those Pailin songs in this Youtube list always bring a lot of emotions in me, and especially take me back to the time when Pailin was a very wealthy part of Cambodia enriched by the gems and other natural resources. When I was a child, I always wondered what it was like to be in Pailin in the 1960s seeing that my awesome mother almost always spoke highly of Pailin and its natural beauty. My mother still vividly remembers the very first time she was in Pailin, and speaking about it brings her goosebumps. One morning, when she was washing up in a small pond with crystal clear water, she suddenly looked up. She described red, blue, and green gems everywhere in the pond. Another interesting thing I found out in my recent trip was that in Khmer language, you use the word “Bor” in front of Pailin and a few other places there such as Bor Pailin, Bor Taing Su, or Bor Jra.

What are Cambodia's local mobile apps?