Constituting a part of the Zero-Snaring in Cambodia’s Protected Areas Campaign, the Protect Our Wildlife campaign – Reduce Snaring, Selling/Buying and Eating Bushmeat – focuses on reducing the consumption of wild meat, also known as bushmeat, given the health risks it poses and the wildlife poaching it incentivizes. The campaign is the second of three which will feature multi-media content distributed through online platforms to support young people as “Green Champions” to model successful behaviors and practices around the protection of Cambodia’s natural resources. 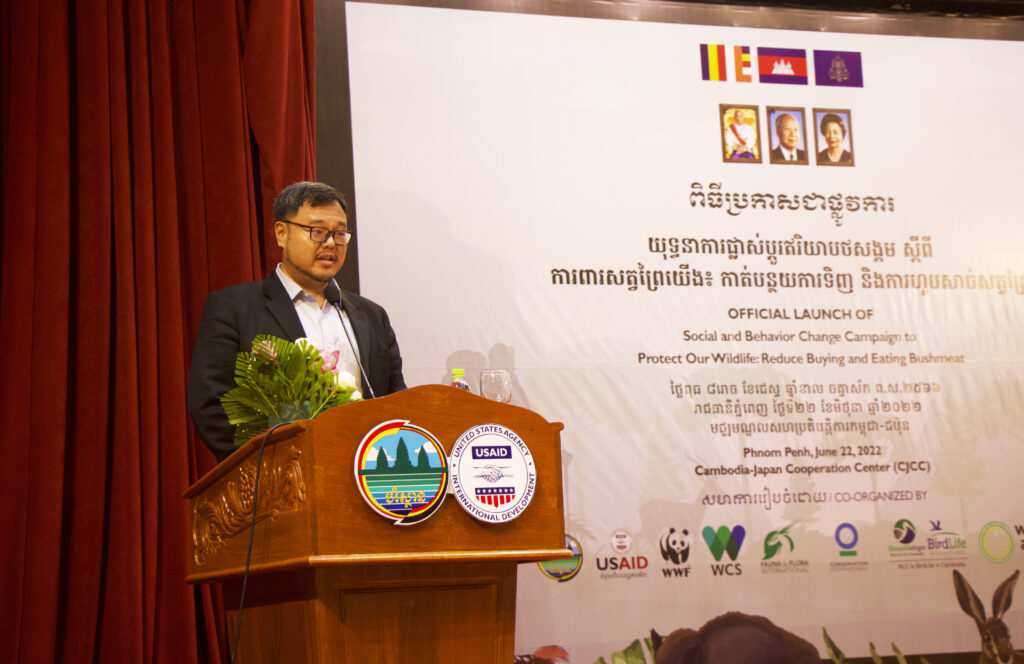 “Wildlife is an integral part of Cambodia’s national heritage and plays an important role in maintaining ecosystem services that benefit people and the economy,” said Richard Chen, Sustainable Economic Growth Office Director, USAID/Cambodia. “We hope that increasing awareness of the importance of biodiversity will encourage even more Cambodians to protect wildlife.”

“All Cambodians, young and old, have a common duty to conserve and protect our precious natural resources,” said H.E. Neth Pheaktra, Secretary of State, Ministry of Environment. “The Ministry of Environment calls on all people to stop consuming wild meat and all other wildlife products. We urge all people across Cambodia to say no to wild meat, to join the Cambodian Government effort in combating illegal wildlife trade, and participate in conserving the Kingdom’s natural resources.” 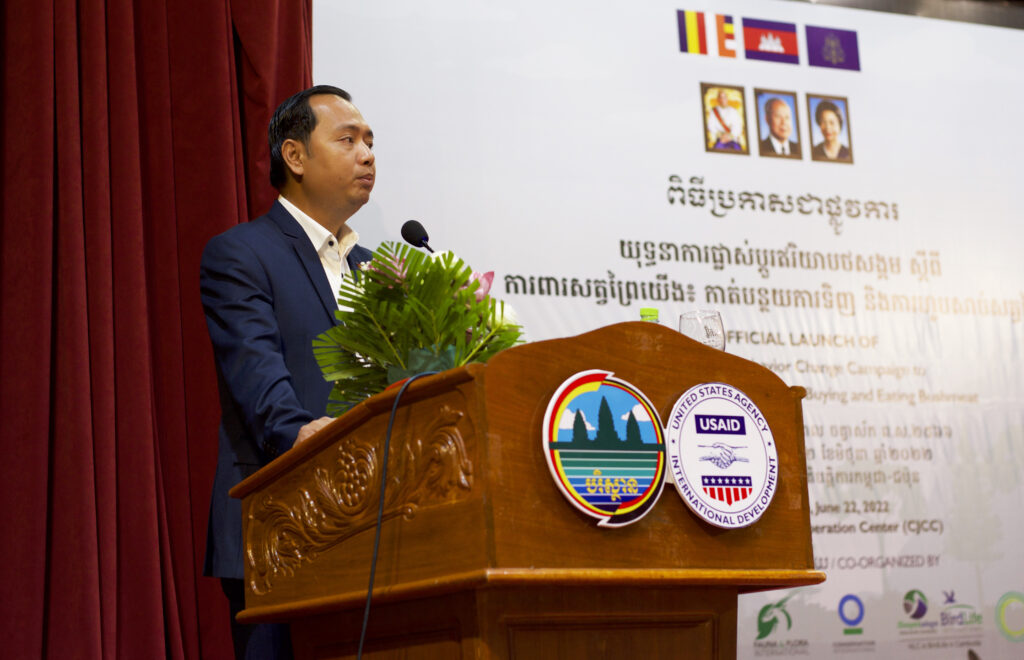 This campaign is also part of the Zero Snaring Campaign led by the Ministry of Environment, in partnership with WWF, USAID, WCS, CI, FFI, BirdLife, Wild Earth Allies, and local communities. The Zero snaring campaign, which began in March 2022, aims to eradicate snaring, trafficking and demanding bush meat and wildlife products in Cambodia.  The campaign will end in November 2022 and cover the provinces of Stung Treng, Preah Vihear, Kratie, Mondulkiri, Kampong Thom, and Ratanakiri.