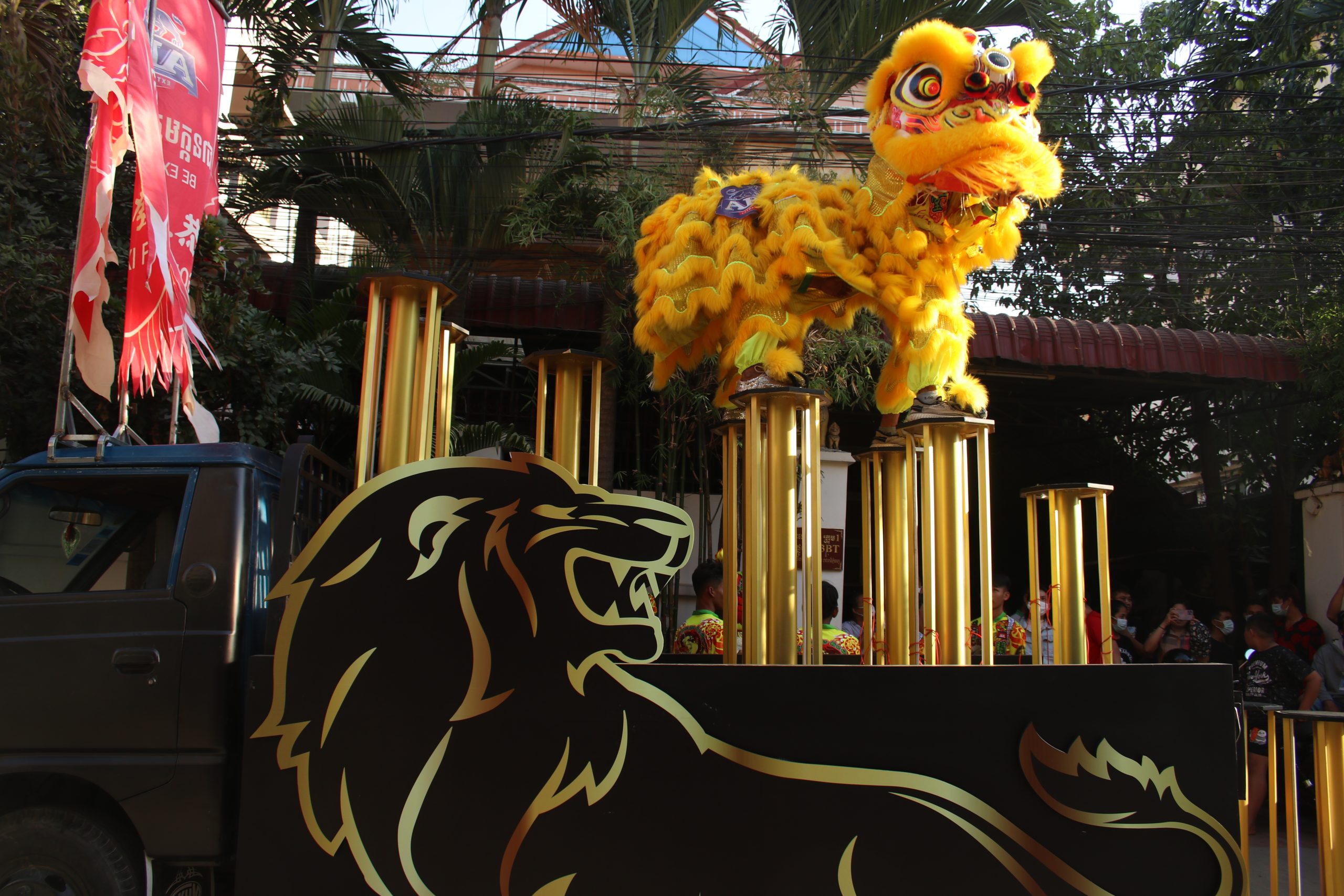 Chinese New Year is an important celebration for many Cambodians. The Lion Dance, a key element that welcomes good luck and prosperity during this season, is a perfect match with ABC’s iconic logo, the Lion. ABC’s traveling Lion Dance promises to bring a unique performance to life with a pair of dancing gold and black lions. 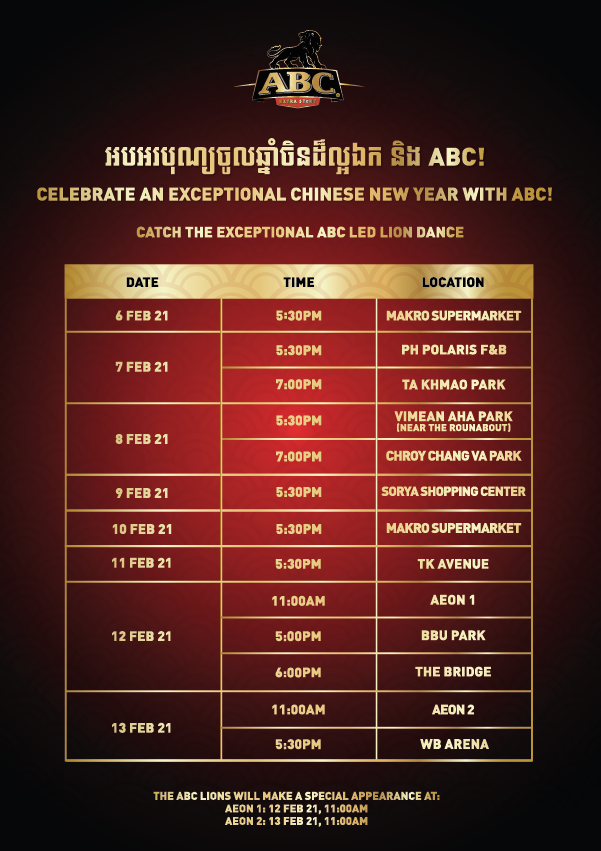 “This Chinese New Year, ABC wants to elevate the experience we offer to Cambodians. Our consumers are important to us and we want to celebrate together with them. Staying true to our brand message of “Be Exceptional”, we aim to deliver a truly exceptional experience with our LED Lion Dance performance. We invite everyone to join us as we welcome the year of the Ox,” said Loic Briant de Laubriere, Marketing Director of HEINEKEN Cambodia.

In addition to the 10 key locations around Phnom Penh, ABC’s Roving LED Lion Dance will also make an appearance at Aeon 1 & 2 for a photo session in front of an exceptional Chinese New Year themed selfie station.

ABC Extra Stout invites all fans to join us for the exciting Roving LED Lion Dance performance, and to share their experience with friends and family on their social media pages. For more details about the exact dates and locations for the “ABC Roving LED Lion Dance”, follow ABC on Facebook ( www.facebook.com/ABC.ExtraStoutCambodia ) and Instagram (@abcbeer.cambodia).

HEINEKEN Cambodia – Formerly known as Cambodia Brewery Limited (CBL) – is part of the HEINEKEN Company, the world’s most international brewer. The company was born in Cambodia in 1994 as a joint venture between Asia Pacific Brewery Limited and Progress Import-Export Company, before becoming 100% HEINEKEN in 2014. The company employs around 700 employees. It produces, markets, and distributes nationwide its iconic international and local brands – namely Heineken®, Tiger, ABC Extra Stout, Anchor and Gold Crown – according to the highest international standards brought from The Netherlands where its roots belong. Sustainability for people, planet and prosperity is embedded in the business in order to ‘’Brew a Better Cambodia”.

Opinion: Why We Believe In Cambodia And Its Tech Ecosystem