I remembered hearing my grandmother telling me a story about this hotel all the time. It was addressed in a different name–Seven-Storey Hotel or សណ្ឋាគារប្រាំពីរជាន់ in Khmer. I’m not gonna dig into history about this place because I know you guys can find it elsewhere. The only historical aspect that I’ve  heard about this hotel and that you might not find it elsewhere is the haunting rumors. I believe it’s famous among the Cambodians. I don’t believe it’s true and I am glad somebody finally invested in this old lovely building after years of being abandoned.

Alright, enough for the story telling, let’s go to the review business. Last week, I decided to give the hotel a shot. Well, I also need a short breakaway from the hustle and bustle of Phnom Penh. I booked the hotel for two nights. Because the hotel was renovated and had been re-operated since 2009, I don’t think any ghost would seek residence in there anymore. Plus, I don’t believe in such a funny story.

The room I booked was the Sea Pavilion. Originally, I booked the Deluxe Double Room which was supposed to be in the main 7-storey building. I was a little surprised when I found out my room wasn’t in that building. It was in the newly-built building close to the beach. I didn’t know why they got my booking wrong, but since the room I was checked in was nicer and better, I had no problem with it 😛 (Oh! It turned out that it was a more expensive room than the one I earlier booked when I checked its website.) 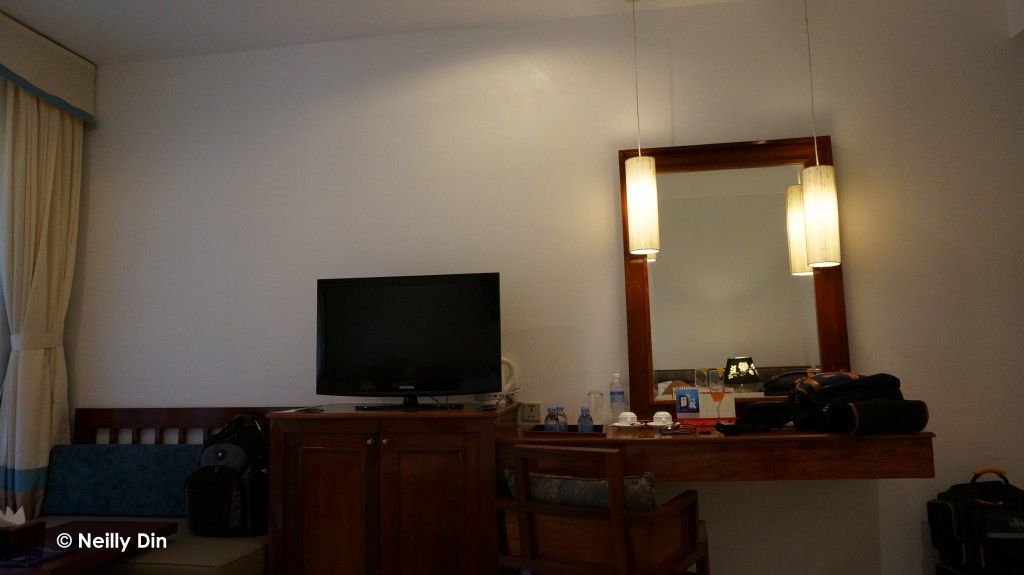 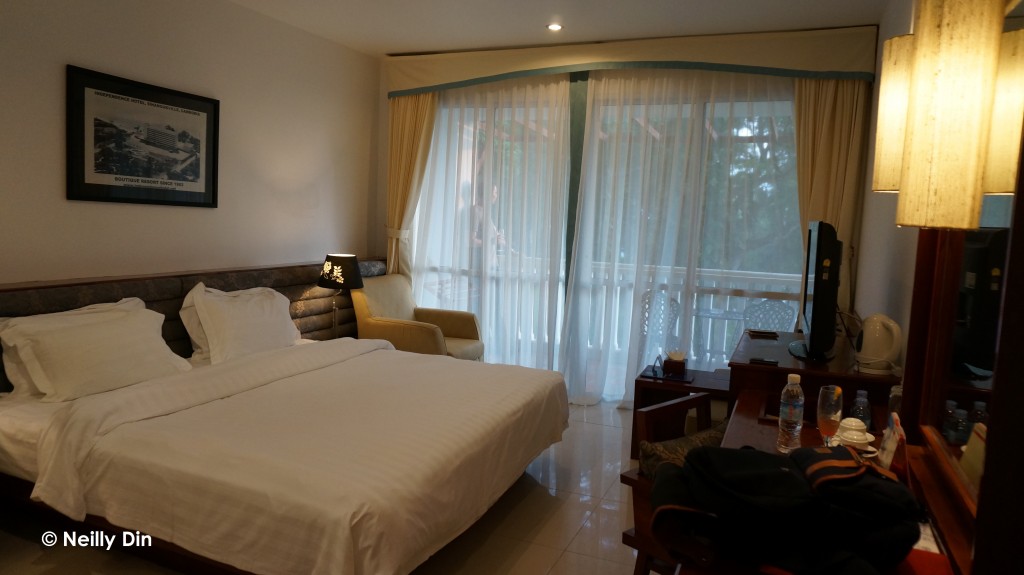 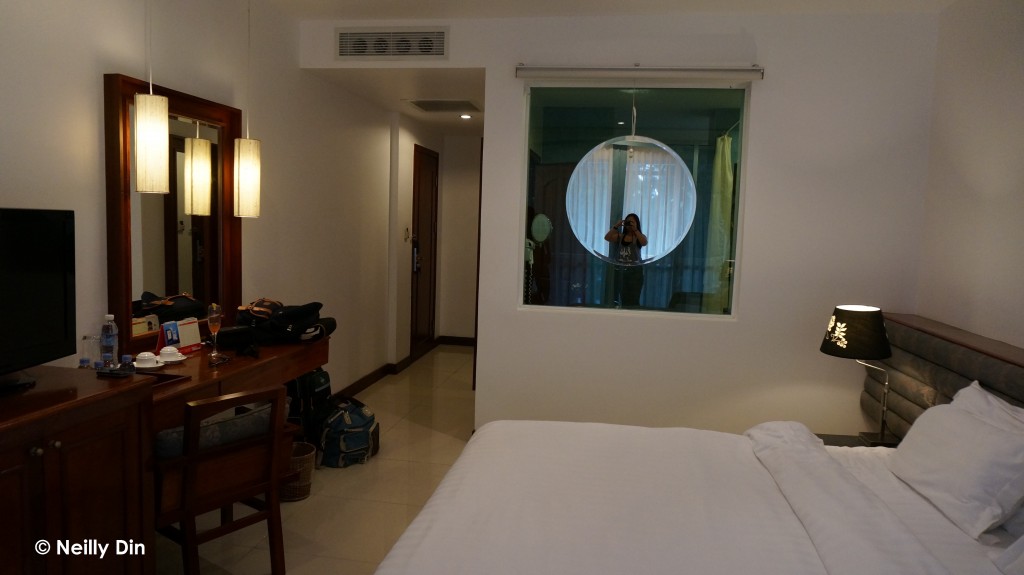 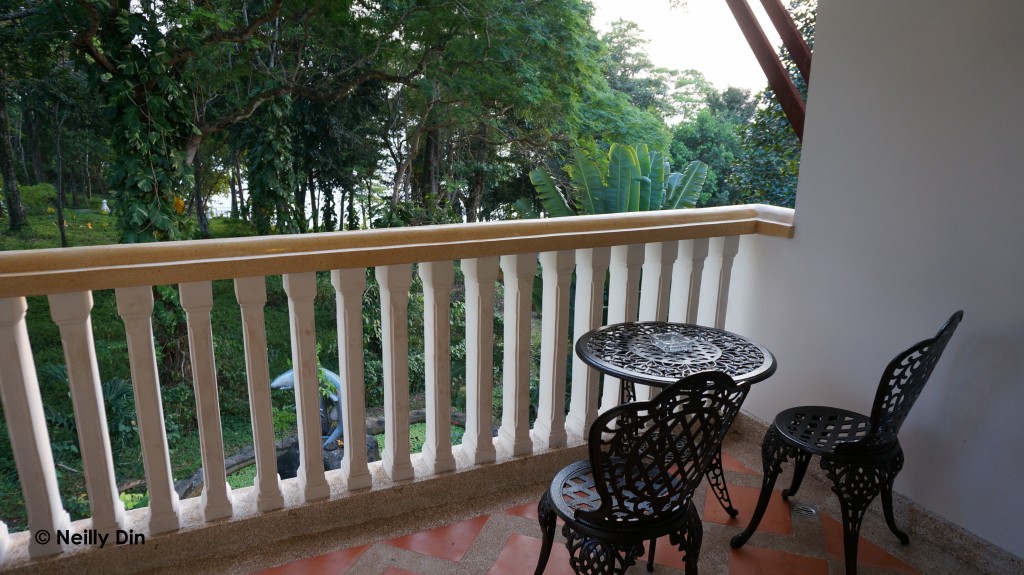 All of the hotel staff was really helpful and friendly though some of them might need improvement in their English. The lobby was very spacious. The room was very nice. Mine has a balcony facing trees and the sea. The bathroom is spacious though I thought it could use better decoration. There were a couple of things missing in the room considering the fact that the hotel is a 4-star. I was not provided an iron, let alone an ironing stand. There were no bathrobes either. Also, taking into account the balcony and the private beach where the hotel is located, I think I deserved the wet clothing hangers which couldn’t be found in the room either. I’m just saying because I paid USD 130 per night, so every detail counts. Considering the room alone, I thought it was a bit overpriced.

Even though I was not too impressed with the room, I enjoyed the hotel surroundings. It sits on the hill facing the beach (private beach indeed, yay!). I loved the services and facilities provided at the beach. It wasn’t over the top, it was just enough, at least for me. I had options when it came to lying lazily at the beach. I could choose whether to stay under the trees, big cottages, or just feed myself completely to the sun (which I didn’t do LOL) with a reasonable supply of beach chairs and pads. There was also a beach bar from where I picked up towel serving foods and drinks.

Now here comes the fun part: eating! The hotel had two restaurants–Coral Restaurant where buffet breakfast was served (indoor) and Sunset Terrace sitting right at the beach. Both places had almost the same menu except Sunset Terrace provided extra menu of live sea creatures (I meant seafood). Personally, I thought the foods were acceptable though no wow factor. However, I liked the breakfast. I think I was provided reasonable choices to choose from.

Last but not least, I came to enjoy  the jogging trail which can be looked up on the hotel map at the lobby.  I spent about 30 minutes jogging from the beginning to the end of the trail. It was in the hotel but part of the trail passing through a thin layer of forest, and I ran into monkeys 😉 (sorry for the absence of the trail pictures because I didn’t want to carry a camera while jogging ^_^).

Overall, I would recommend this hotel. It has its old historical charm which compliments the new renovation. Although I mentioned the room was overpriced, other things the hotel provided seemed to add up the downfall. However, I still think it should be a bit cheaper. There were bar, spa, gym and a couple more facilities that I didn’t review because I didn’t get to use them, so I had no opinion on things I didn’t try.

PS: I didn’t seem to encounter any ghost or any haunting experience, to whom this may concern. 😉 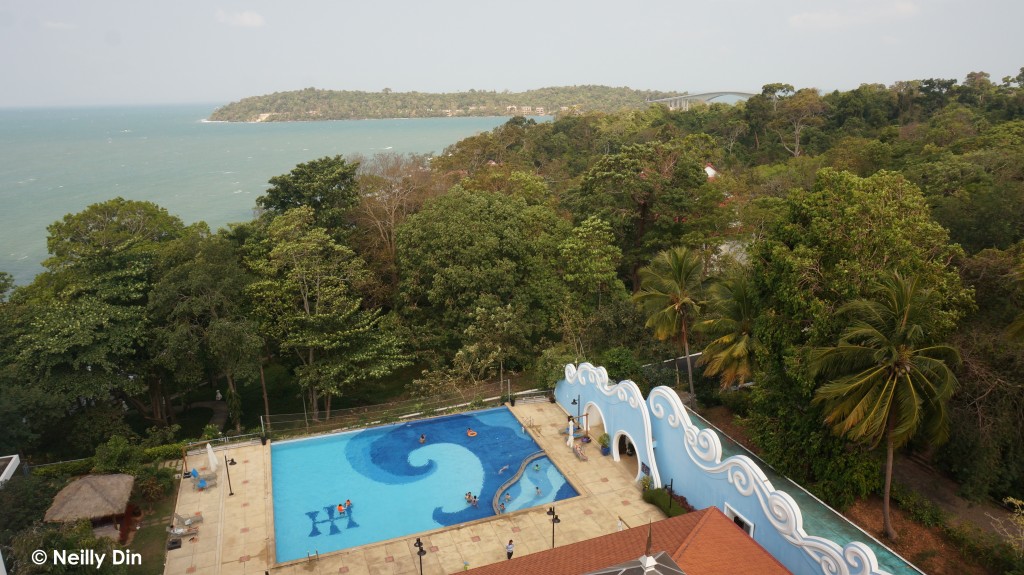 The Liquid, a Place for Everyone